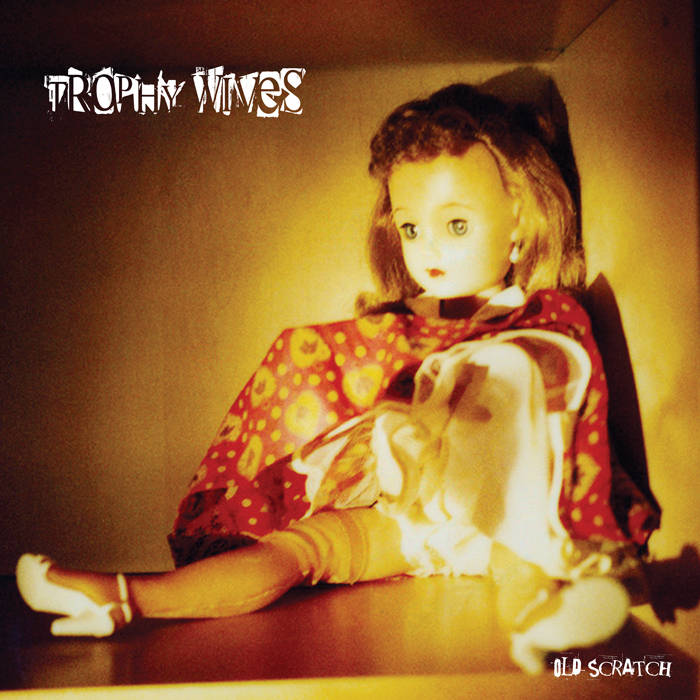 "“Weight” and “volume” are terms usually reserved for science, but with Trophy Wives they’re an art. The Louisville, KY-based four-piece’s dark, sweaty rock cribs its moves from Birthday Party-esque post-punk, Kyuss-like stoner grooves, and Jesus Lizard-like rhythm section gnarl in equal measure, going unpredictably but consistently for either your gut or your throat. Make no mistake: they’re going to hit you hard and kick your ass, but at least you’re going to have a good time rolling with the punches." -Johnny C., www.prfbbq.com

Bio:
First conceived in the summer of 2007 by veterans of many of their city's more noteworthy and distinguished bands of recent years, Louisville, Kentucky's TROPHY WIVES has established themselves as a veritable force to be reckoned with in their own right, on their own terms. Vocalist/guitarist Billy Bisig (Elliott, Lords) and bassist Tony Ash (Coliseum, Nixon), frustrated with the demise or inactivity of some of their former projects and the directions in which some of the others were heading, got together and began writing and demoing numerous songs in their shared warehouse practice space over a particularly hot and humid Kentucky summer. Within a few short months, drummer Geoff Paton (Young Widows, Breather Resist) was enlisted as a full time member. Countless shows later, having won the praises of diverse and enthusiastic crowds both in their hometown and beyond, the then three-piece band found a kindred spirit in second guitarist and southern California transplant Elliott Turton. Many tours and whiskey shots later, shortly after the release of their debut full length, Old Scratch, on Milwaukee's Latest Flame Records, Turton left the band to devote his time and energy elsewhere, and was replaced by fellow miscreant Robby Scott (Christiansen, By the Grace of God). With their lineup firmly in place, the quartet has forged a highly distinctive sound, accentuated by Bisig and Scott's dual guitar interplay, calling to mind both the hook-laden riffs of Portland punk legends the Wipers and the heavy grind of stoner metal godfathers Kyuss, while displaying an obvious appreciation for classics such as ZZ Top and Led Zeppelin. The Wives' airtight rhythm section, a combination of Ash's gnarled, razor-sharp basslines and Paton's thunderous, Neanderthal drumming, owes a major debt to Touch and Go powerhouses the Jesus Lizard and Laughing Hyenas. These basic but essential ingredients, combined with Bisig's raspy vocal delivery, make up an overall sound that is simultaneously pummeling and inviting, explosive and subdued, always seemingly teetering on the threshold of chaos while maintaining a degree of unparalleled precision.

Old Scratch:
Old Scratch, the debut full-length from Louisville, Kentucky’s Trophy Wives, draws heavily from its place of origin along the banks of the Ohio River, a locale with a rich musical history that includes indie stalwarts Rodan, Slint, and Bonnie “Prince” Billy. Like the city’s favorite son, Muhammad Ali, the band knows its punches from its poetry, and both are on ample display here.

Playing on the loud-soft dynamics of its forebears but never slipping into the trappings of genre, the band lays a thick and heavy groundwork throughout. Bassist Tony Ash and drummer Geoff Paton provide a raw, edgy backbeat (“Bad Tattoos,” “Taste of Your Medicine”) to Billy Bisig and Elliott Turton’s carefully controlled guitar flights, which give every song a different personality but keep it all in the family.

Bisig’s pop sensibilities shine through in his vocals. His grungy delivery is balanced by melodies and harmonies that wouldn’t be out of step on a Kinks record (“Crooked Cross,” “616”). His lyrics are brooding and escapist, and gain from clever wordplay mixed throughout, as on the syrupy chorus of the otherwise riff-heavy “(You’re Like a) Bad Song.” For the most part though, Bisig’s takes on love, sex, loss and alienation in our connected world are refreshingly earnest.

Ultimately, Old Scratch is the document of a band with surprising range. From the assaulting screams of “Bless You All,” to the slinky bass and guitar lines that introduce “Picture Perfect,” to the silky vocal intro of “616,” Old Scratch introduces a band that you’d regret to overlook. Take the punch and you’ll hear the poetry.

Bandcamp Daily  your guide to the world of Bandcamp

Featured sounds by K.Spark and WIZDUMB, plus Basi joins the show to discuss his latest release.